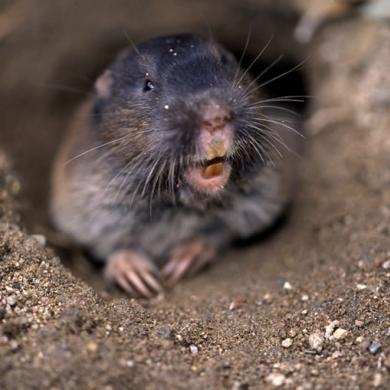 Native to the state of Washington, the Mazama pocket gopher is a fossorial mammal that highly contributes to the prairies where it lives by improving soil quality and aiding in plant seed dispersal.  Due to habitat fragmentation and loss, the range of this species has been altered in such a way that several subspecies have been created across Pierce and Thurston counties in the Puget Sound region of Washington.  According to the Washington Department of Fish and Wildlife, prairie coverage is 3% of what it once was in the South Puget Sound region.  Additionally, predation by domestic and feral cats and dogs, reduced genetic diversity, and poor habitat quality are all significant threats to the Mazama pocket gopher.  With these subspecies now facing a significant decline, the US Fish and Wildlife Service is tasked with drafting a recovery plan.

Environmental Review has reviewed the proposed document and has the following comments:

Please direct all responses to these comments to the following email address: This email address is being protected from spambots. You need JavaScript enabled to view it.

Henrichs, Lisa. (1997). Grazing as a technique for prairie