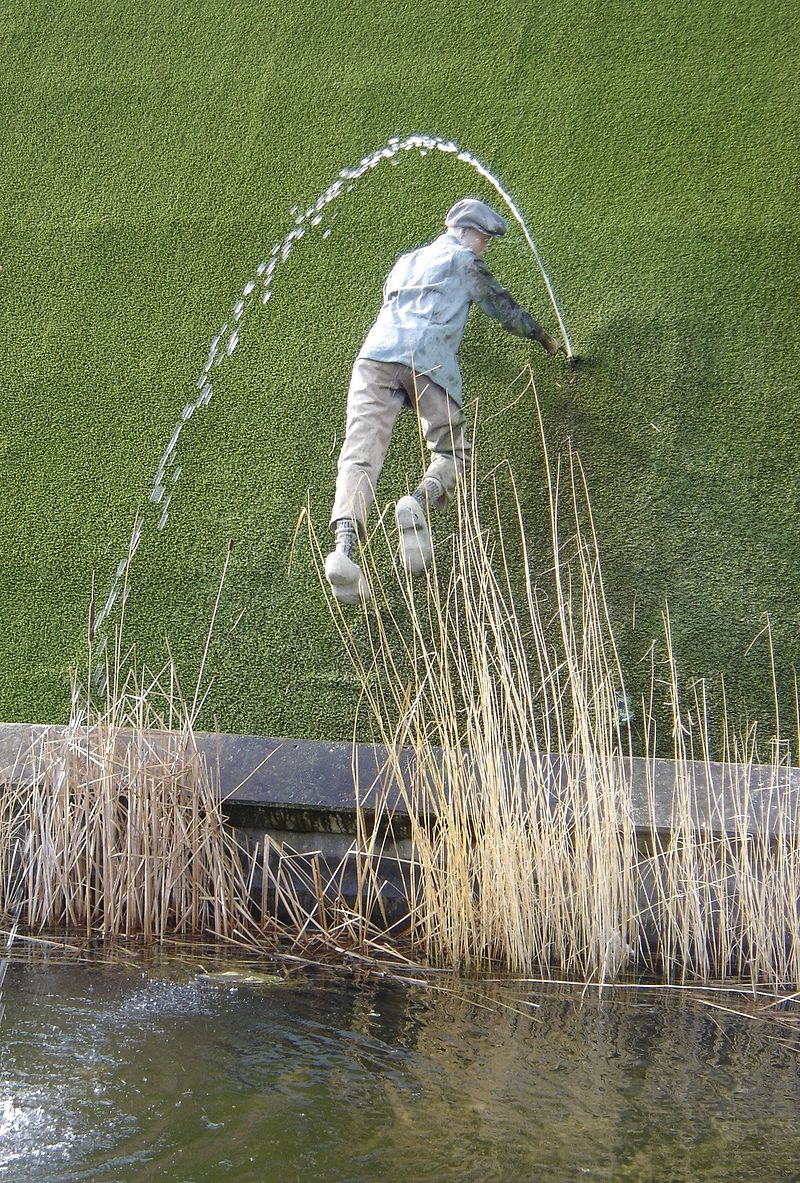 Tourism statue in the Netherlands, of the nameless boy plugging a dike

After a long night of drafting technical comments, I felt the work was so important, like the last line of defense for protection of an Endangered Species, that I told a friend "I felt like the boy with his finger in the dike. To see those comments on a Recovery Plan for an Endangered Species (Ozark Hellbender Salamander in Arkansas and Missouri) follow this link: http://www.envreview.org/index.php/arkansas/243-1-18-21-request-for-extension-of-public-comment-period-for-the-ozarks-hellbender-recovery-plan-endangered-species

Most of us know the story of the Dutch boy who happened to be walking by a dam and noticed that a leak had sprung: “…a slight noise like the trickling of water upon pebbles, attracted his attention…the water was flowing. …the boy saw that the water must soon enlarge the hole through which it was now only drooping, and that utter and general ruin would be the consequence of the inundation of the country that must follow.

He climbed from stone to stone till he reached the hole, and to put his finger into it, was the work of a moment, and to his delight he finds that he has succeeded in stopping the flow of the water. This was all very well for a little while, and the child thought only of the success of his device. But the night was closing in, and with the night came the cold.

Statue in Harlingen, originally created in 1960 for a Bert Haanstra film, then donated to Harlingen

The little boy looked around in vain. No one came. He shouted – he called loudly – no one answered. He resolved to stay there all night, but alas! The cold was becoming every moment more biting, and the poor finger fixed in the hold began to feel benumbed, and the numbness soon extended to the hand, and thence throughout the whole arm. The pain became still greater, still harder to bear, but still the boy moved not. Tears roiled down his cheeks as he thought of his father, of his mother, of his little bed, where he might now be sleeping so soundly; but still the little fellow stirred not, for he knew that did he remove the small slender finger which he had opposed to the escape of the water, not only would he himself be drowned, but his father, his brothers, his neighbors – nay the whole village.

We know not what faltering of purpose, what momentary failures of courage there might have been during that long and terrible night; but certain it is, that at day-break he was found in the same painful position. A clergyman discovered a child seated on a stone, writhing from pain, and with pale face and tearful eyes. "In the name of wonder boy”, he exclaimed, "what are you doing there?"  "I am hindering the water from running out." was the answer, in perfect simplicity of the child, who during that whole night, had been evincing such heroic fortitude and undaunted courage." -Adapted from The Little Hero of Haarlem, Van Court’s New Monthly Magazine (1850).

I see many parallels in the story to the work of our reviewers. They see the potential ruin of species and frequently work through the night. Just as the little hero of our story, we know not what faltering of purpose, what momentary failures of courage might befall our reviewers but certain it is, when the comments are due they are submitted. Thinking only of their device to provide comments when nobody else is around to do it, our reviewers show the same heroic fortitude and undaunted courage to “hinder the water from running out.” for protection of human health, the environment, and conservation of Endangered Species.