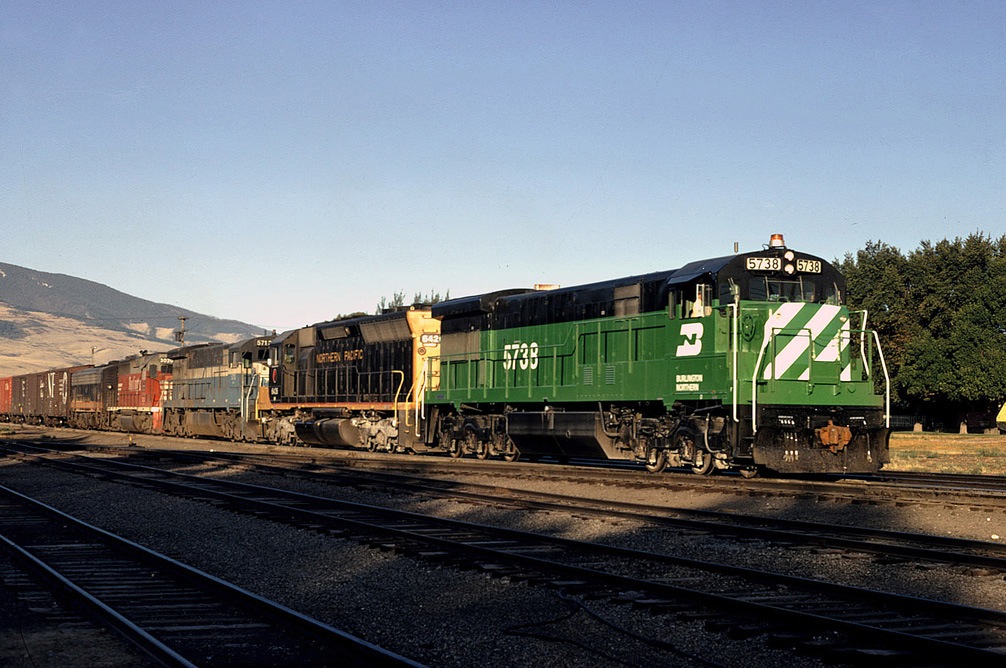 A 1974 Burlington Northern Railcar Derailment and Spill of 10,000 Gallons of Nematode Fumigant was the Subject of a 2017 Cleanup Plan Photograph attribution: Drew  Jacksich from San Jose, CA, The Republic of California, CC BY-SA 2.0 <https://creativecommons.org/licenses/by-sa/2.0>, via Wikimedia Commons via Wikimedia Commons

The Montana Department of Environmental Quality(DEQ)  solicited comments from the public on a Cleanup Plan for the Burlington Northern Derailment Site in Bridger. Comments were due October 20, 2017. A decision will be made by the DEQ as to whether a cleanup plan will be approved.

The cleanup plan for the Burlington Northern Derailment Site addressed a pesticide spill that occurred on March 22, 1974, at East Bridger, Montana. Due to a tank car derailment,  an estimated 10,000 gallons of the Shell Oil Co. product D-D Soil Fumigant was released. The fumigant, used in agricultural operations controls nematodes and contains the chemicals dichloropropane and dichloropropene. At that time 175 cubic yards of impacted soil were removed from the spill site however documentation of the initial cleanup was not available. The current cleanup plan was supported by an environmental assessment report which described collection of soil and groundwater samples however based on that report, the actual location of the original spill could not be confirmed. A consultant attempted to confirm the location by reviewing aerial photography and conducting field surveys but came up short. Logging of soil types from soil borings did not show backfill materials contrasted with native soil materials as would be expected in an excavation the size of 175 cubic yards.

Environmental Review, Inc. suggested that a trenching approach with a backhoe should be conducted to confirm the location of the former excavation. In addition, the suggestion was made to re-collect soil and groundwater samples after the former excavation is properly located. Moreover, Environmental Review, Inc. requested that the remediation proposal should not be approved since the soil samples may have been collected in the wrong location.

Jungho Ahn -Project Manager with Environmental Review, Inc. said: “The Department of Environmental Quality should confirm the actual location of the release. Their environmental assessment could be misleading the public that the environmental impact from the spillover is negligible. Without verifying the location, the impacts to the environment cannot be known."

View the full version of the comments by Environment Review, Inc. click on  http://www.envreview.org/index.php/montana/171-public-comment-for-proposal-to-approve-the-voluntary-cleanupplanfor-the-burlington-northern-derailment-site-bridger-montana-comments-due10-20-17